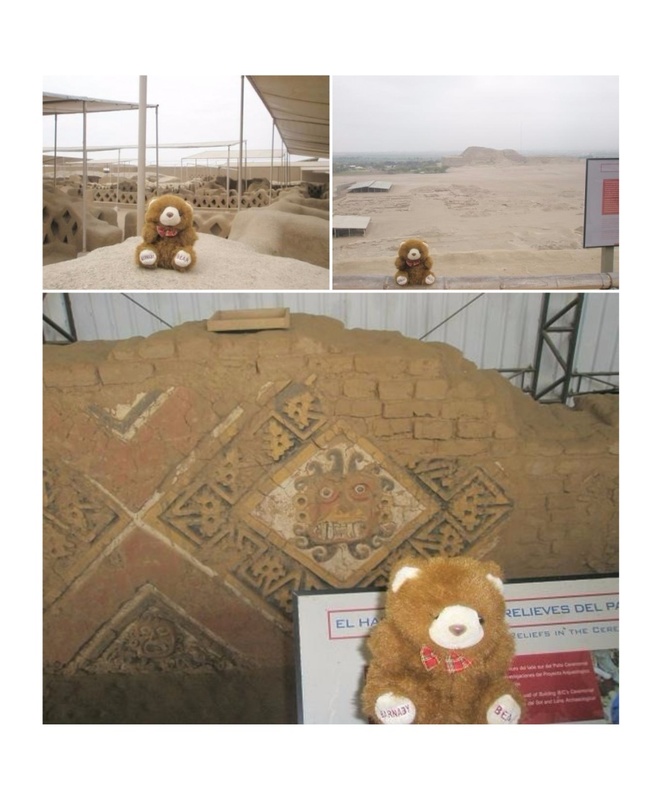 I have continued to travel down the coast of Peru and am now in Huanchaco. I have been to visit two ancient temples called Huaca de la Luna (temple of the moon) and Huaca del Sol (temple of the sun) that were built by the Moche people who lived in this area over 2000 years ago. They decorated their temples with fascinating coloured pictures that have been so well preserved in the desert that they are still clear today. I also visited the remains of a palace in the ancient city of Chan Chan, once the capital city of the Chimu, built in about 1300AD. Here all the walls were decorated with pictures of sea animals and fishing nets as the people who lived here made their living from the sea.


This update was posted by JCWilde over 9 years ago.