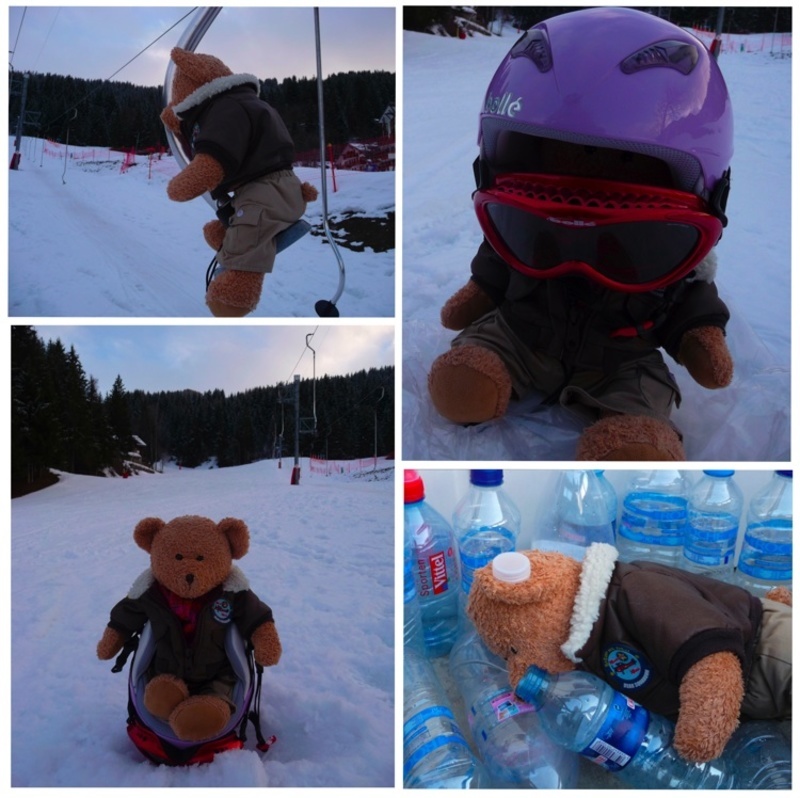 Hello!
\r\nWe made it to our destination - La Tania Ski resort in France.  We came here last year, but it was so much fun that we came back again.  La Tania is the Olympic village that the athletes used back in the 1992 Albertville Winter Olympic games.  I wore my olympic hat at every opportunity, but only saw one the whole week.  As you can see from the pictures I had a fun practising on the button lift, I didn't really feel very safe though.  I was very good and wore my ski helmet too, but it was a bit big and uncomfortable and made a much better sledge!  I also made sure that I drank lots and lots of water to keep myself hydrated.  I've also heard that you're supposed to drink lots and lots anyway, it's called Apres Ski, so I got lots of practise in!  That's all for now, I hope to get on a new adventure soon!
\r\nlots of cuddles
\r\nBoogie


This update was posted by Vx almost 10 years ago.

Today we went skiing!  it was loads of fun.  We all fell over quite a bit.

It's really warm up here at the moment because it is the end of the season so it is ... 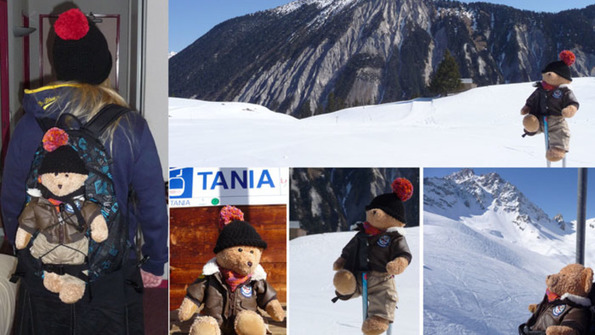 Hello!
I've spent the last 24 hours on the road, travelled from England to Switzerland and then into France. I felt a little ill on the coach with all the windy roads up into the mountains ... 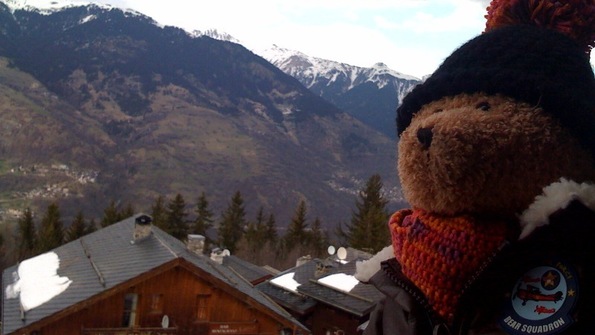