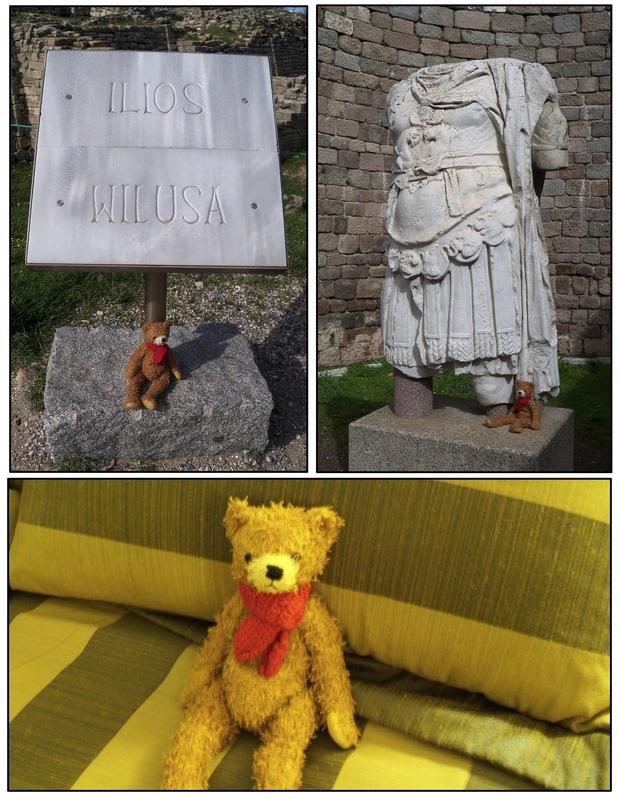 Evening!
We went to Troy, it was so cool!!  There was a huge horse there, but it was so huge that we couldn't get a photograph with me and him!  This is where the Trojan horse came from, he was a gift from the Greeks to the people of Troy, but he wasn't really a gift, he was filled with soldiers and there was lots of death and slaughtering, bleurch!  Then we went to Pergamon and found a statue of an Roman Dude.  I did wonder what on earth he had underneath his frock, especially as he was headless, but I couldn't really see anything.  It was another really long day, so I was relieved to get into my bed in the hotel room!  More soon!
*cuddles*
Treacle


This update was posted by Treacle over 10 years ago.