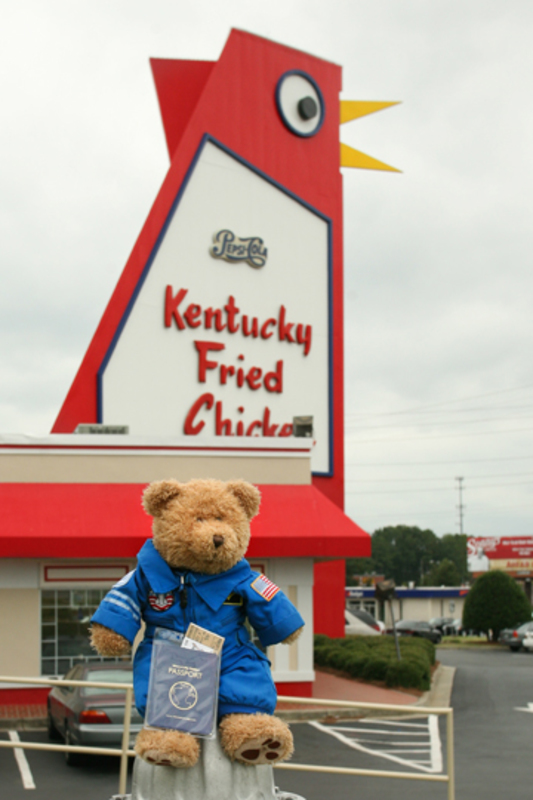 Paris has the Eiffel Tower, London has Big Ben, Rome has the Colosseum, and Marietta has the Big Chicken.  Its been the main landmark of the small Atlanta suburb since it was built in 1963 for Johnny Rebs Chick Chuck & Shake.  You could not get anywhere in the town without knowing where a place was in relation to The Big Chicken.  The store was later bought by Kentucky Fried Chicken.

But, believe it or not, the chicken almost bought the farm in 1993 when KFC decided to rebuild the old store without the chicken on its roof.  The community who had depended upon the chicken for navigation for over 30 years was afraid that if the chicken was gone no one in Georgia would be able to find their way around the state.  Air Force Pilots and Commercial Pilots agreed they could not find the major airports without the help of The Big Chicken on the Horizon in Marietta. The community insisted that KFC was to save the Chicken and restore her to her original glory.

Now with Bill's compass set correctly from the center of the universe, he is on his way again with a clear set of directions starting from the Big Chicken leading to his next destination


This update was posted by troynkaren almost 12 years ago.