Bill Gets a Job! 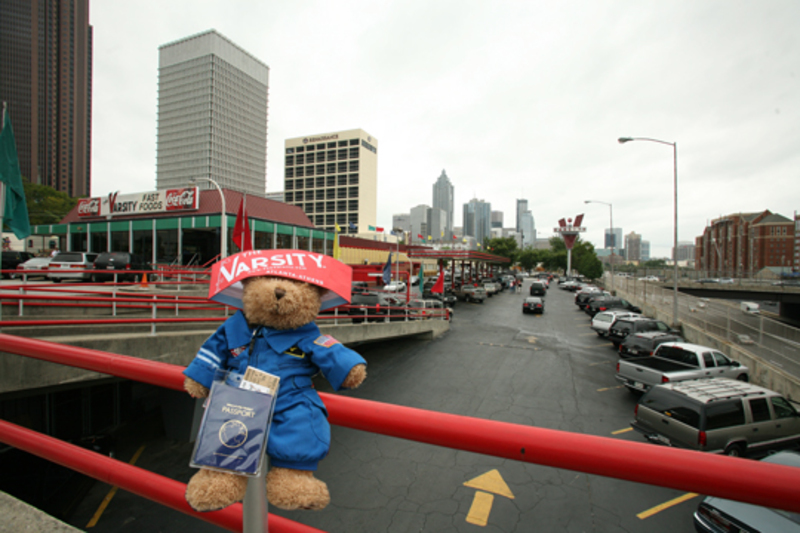 Bill began getting low on cash from his many days on the road.  Mr. Pemberton had told him of the one place that sold more Coca Cola than anyplace on Earth - The Varsity.  So Bill Flagged down a cab and headed to The Varsity seeking employment.

The Varsity is the worlds largest drive in restaurant serving Chili Dogs, Naked Dogs (a plain hot dog) and chili cheese burgers. Everyone there was so impressed with Bill and how smart he was.  He made lots of friends and was quickly promoted to managing the fryer department where he learned the secret recipe of the worlds greasiest onion rings.  After a few weeks Bill earned enough money to resume his travels.  Some of the friends he met while staying with Tammy were Troy and Karen who told bill stories of the worlds biggest chicken that lived in Marietta.


This update was posted by troynkaren almost 12 years ago.

3 bears spotted within 10 miles of this location

I've travelled so far and here I am in Atlanta USA. Yet another park! I wonder if my cousins Brown and Grizzly are in town to go out for a bite to eat later.... 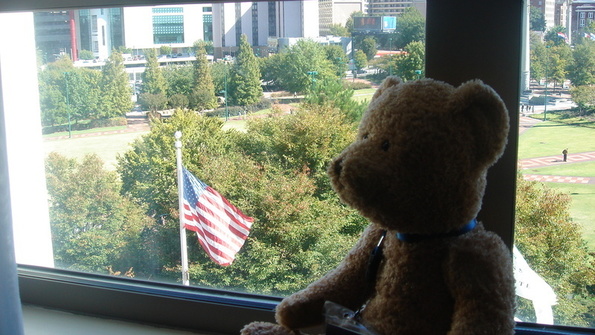 Updated by Woody Posted over 11 years ago.

Bill left Centennial Park and went across the street to the Coca Cola Museum.  Here he met the inventor of Coca Cola, Mr Pemberton, who shared his famous drink with him before giving him hugs ... 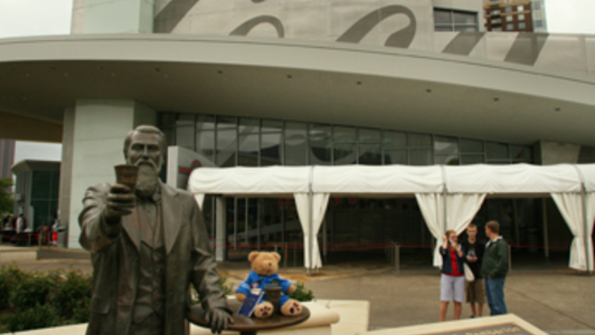 Bill has been staying with Tammy and Quincy (a Boston Terrier) in midtown enjoying all that Atlanta has to offer.  He even went to a Baseball Game to see the Atlanta Braves play the San ... 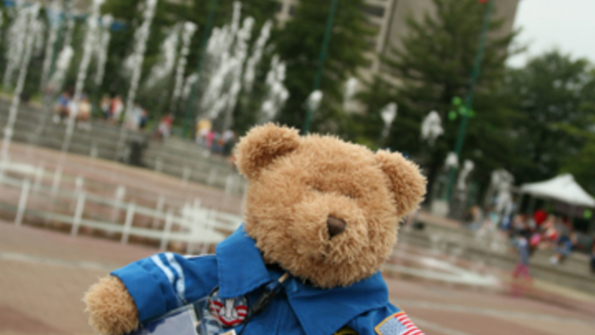