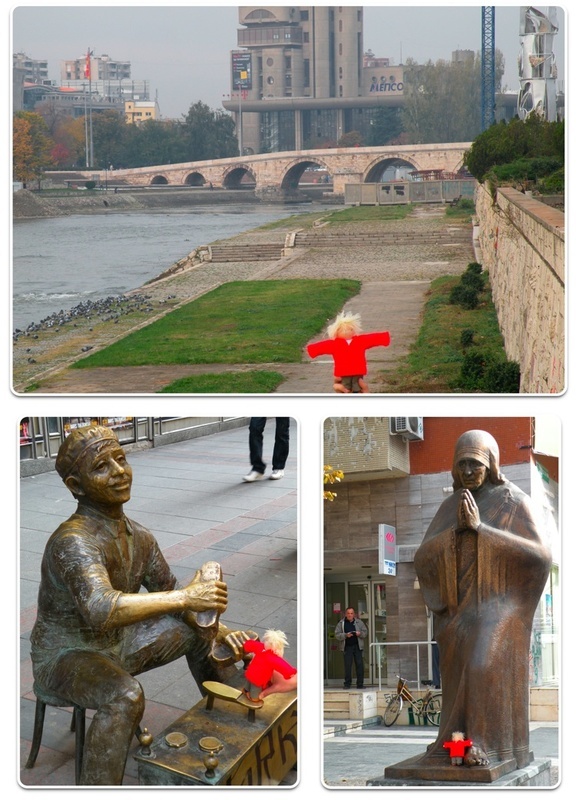 Evening all,
\r\nI'm now in Skopje, that's the capital city of Macedonia.  More than a quarter of this countries people live in this city!  That sounds like a lot of people, but there aren't that many people that live here.  There has been a settlement here since neolithic times, which is a very, very long time ago!  In 1963 there was a massive earthquake that killed nearly 2000 people and destroyed nearly 80% of the city!  The old railway station was left standing, but the clock on the wall stopped at 5:17am and has been left up there as a reminder, very spooky!
\r\nYou can see me having my shoes cleaned in the picture and also with Mother Theresa, who was born in Skopje.  Moving on now though, lots to see!
\r\nlots of love
\r\n Mini-Sven

Hello!
\r\nI hopped onto the night train and travelled south to the former Yugoslavian republic of Macedonia. It really is a very silly name! It's silly because the Greeks (back a long time ... 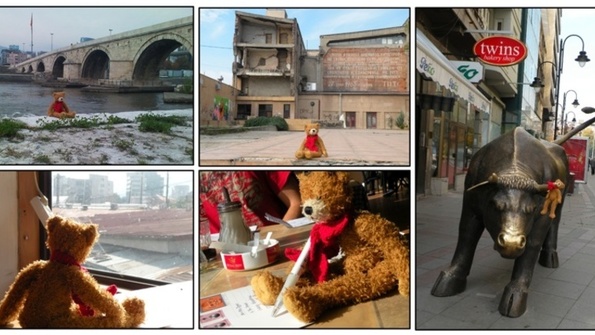