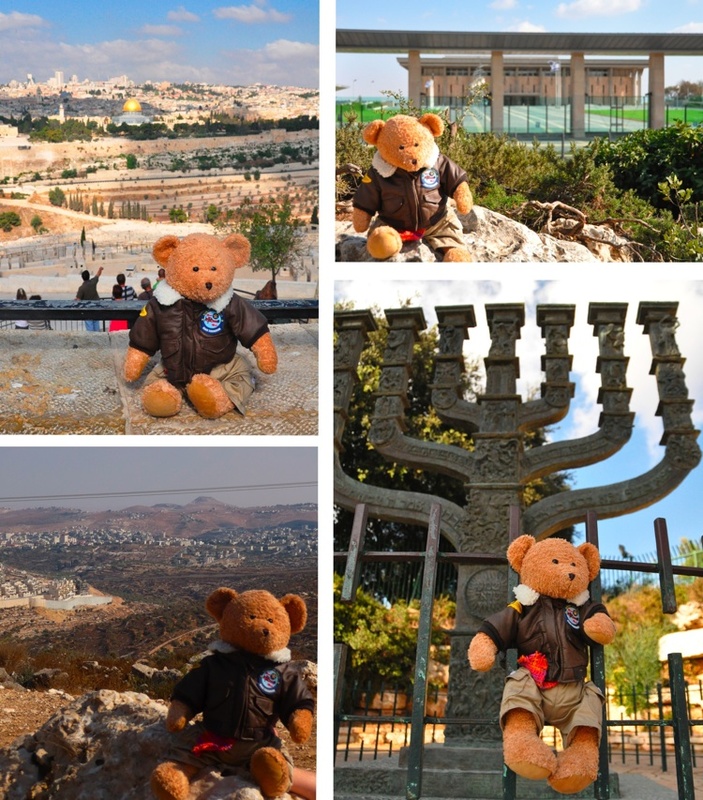 We've travelled down to Jerusalem now and this has to be the most amazing city that I've ever seen!  The picture in the top left corner was taken from the Mount of Olives looking at Jerusalem.  From here we walked down the mount and back up the other side into Jerusalem.  We saw so many amazing things, Mary's tomb, King David's tomb, the place where Jesus was crucified and was resurrected.  We went to the wailing wall, saw Roman roads and even the plant that made the crown of thorns.  Totally and utterly amazing!  After that we saw Bethlehem (but couldn't go into the city) and then went to The Knesset, where the Israeli parliament meet and saw the giant Menorah (which was designed by a Jewish English sculpture) and donated to the Knesset by the British Parliament in 1956.

This is the end of my amazing journey to Israel.  I've been places and seen things I never thought I would.  It was a brilliant trip and one I won't forget in a very, very long time!
lots of cuddles
Boogie


This update was posted by Vx over 10 years ago.