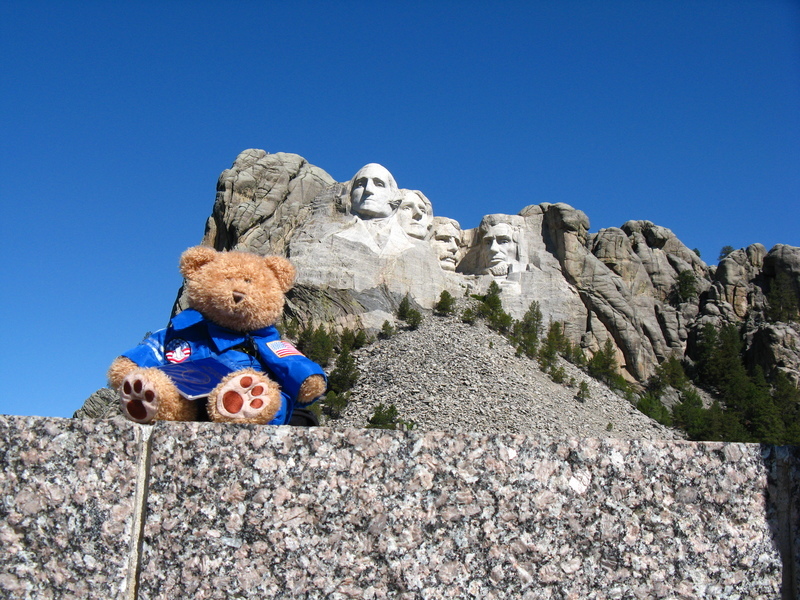 Bet you can’t guess where this photo was taken.  Here I am in Keystone, South Dakota in front of Mt. Rushmore. This monument is a tribute to four American presidents who brought the nation from colonial times to the 20th century.  The four presidents on the monument are George Washington, Thomas Jefferson, Abraham Lincoln and Theodore Roosevelt.  Just to give you an idea of how really big this carving is: the heads are about 60 feet tall- the average size of a six-story building.  Washington’s nose is 21 feet high and the rest approximately 21 feet high. Quite impressive!


This update was posted by katberry over 10 years ago.