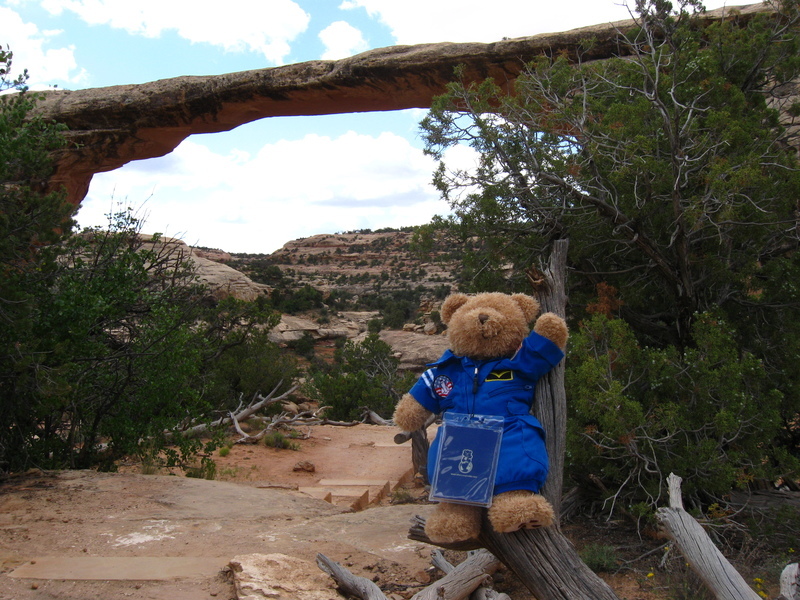 This is a photo of me in front of Owachomo Bridge in Natural Bridges National Monument, a national park in Utah. I wish I could have had my picture taken in front of all the beautiful arches and bridges, but I think you might get bored with too many photos.

Just so you know, there is a difference between an arch and a bridge even if they do look very similar.  Natural bridges are formed by the erosive action of moving water. Arches are formed by other erosional forces, mainly frost action and seeping moisture.


This update was posted by katberry almost 11 years ago.