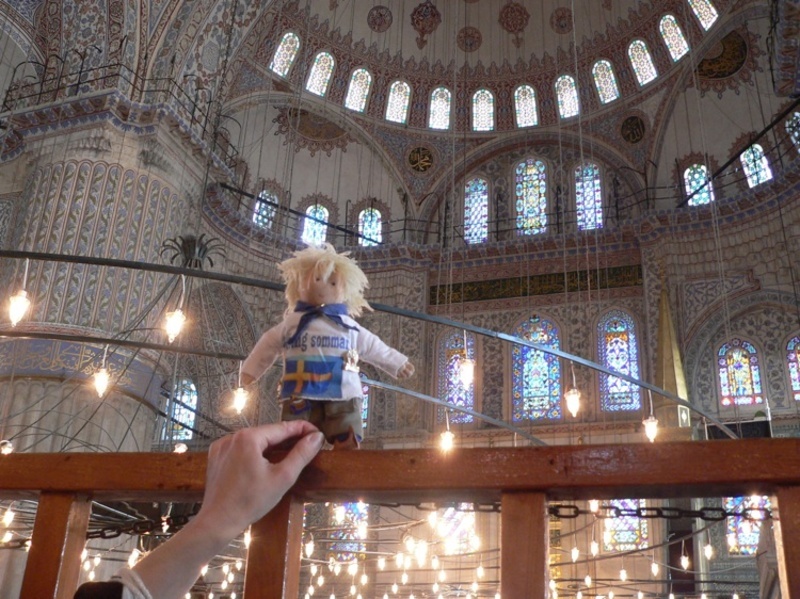 I've travelled all the way down from the north to Turkey and the city of Istanbul.  This city has been called Byzantium and Constantinople.  It's a vast city and a really important one in Turkey, it was the center of the Roman empire, the Latin empire, the Ottoman empire, infact I think this was pretty much the capital of well, lots of things.  It's very hot at this time of year, about 30 degrees celcius, so I'm sweltering a bit now!  You can see me here at the Blue Mosque, a really wonderful mosque!  It was the mosque of Sultan Ahmet I (Sultan Ahmet Camii) and there are some blue tiles on the upper level that give it the name.  They're really hard to see unless you're right up the top though!  Well worth visiting though!


This update was posted by mini-sven almost 11 years ago.

I've made the long trip to Turkey and I'm in Istanbul, which was called Constantinople. It was a long journey with Turkish Airlines and we ...
Read More 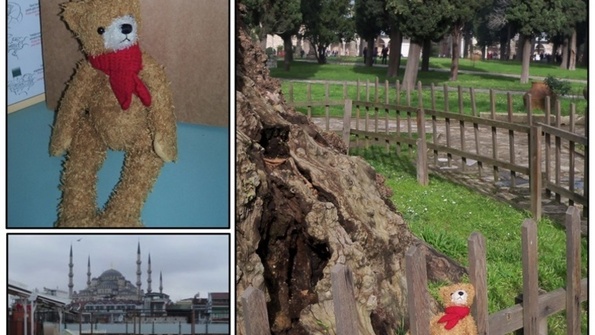 
Now it's Istanbul not Constantinople...

Here I am in Istanbul. This is the view from the balcony of the hotel down towards Taksim Square and then the Bosporos in the background (including ship!). I've had a lovely time here, ... 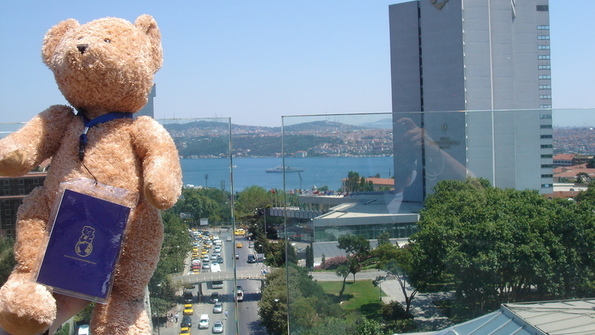