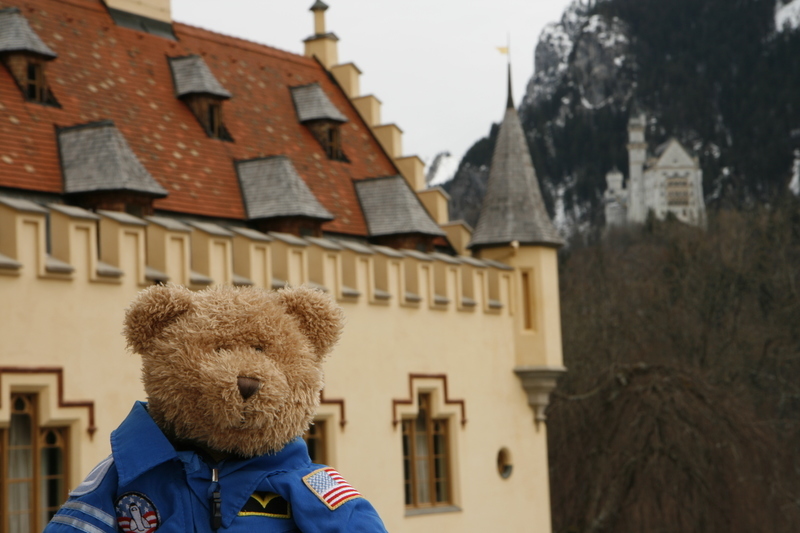 In March I visited Füssen, Bavaria (Bayern) in the southern part of Germany. Here I am at Hohenschwanngau castle (yellow wall), where one King Ludwig II spent his youth. It was from here, that he watched and oversaw the construction of his dream, fairytale castle being constructed. You can see the white castle, Neuschwanstein in the background on top of the hill. It took me 30 minutes to hike there on foot.

Poor King Ludwig. It took 17 years for his castle to be finished enough to move into it. And even then, it still really wasn't done. He only lived in the castle for 172 days before he died, very young, at the age of only 40.

Neuschwanstein was the inspiration for Walt Disney's Sleeping Beauty's Castle.

This update was posted by dhofs about 11 years ago.

Here's another photo of me with the Neuschwanstein Schloss (castle) from Mary's Bridge. You can see there is a lot of construction being done on the castle now for renovations, but it's still ... 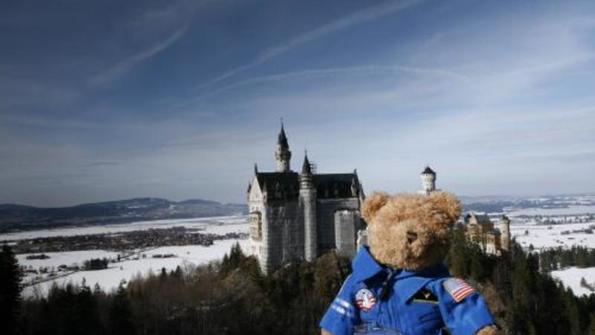 Updated by dhofs Posted about 11 years ago.