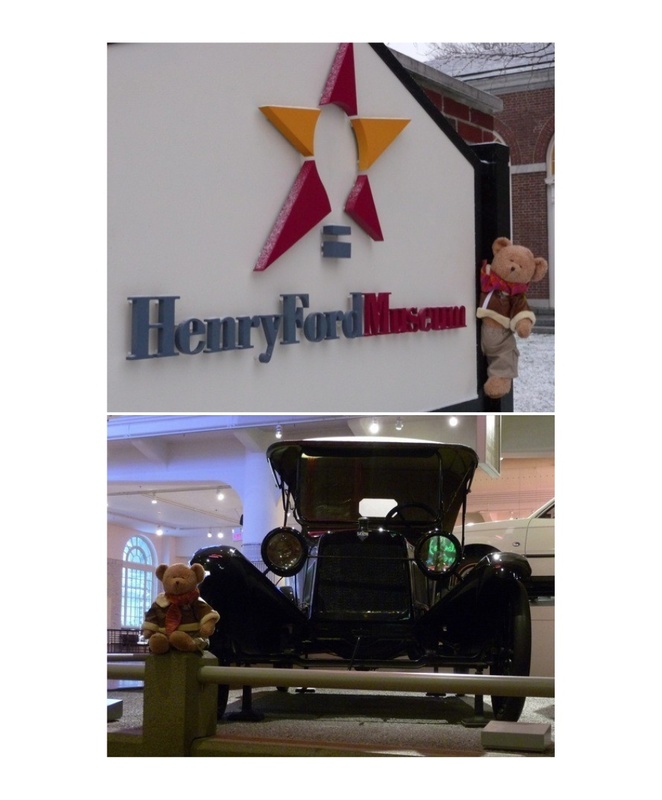 2009 has only just started and I am in Detroit!  The weather is cold - a lot like it was i jukkasjärvi but there isn't so much snow.  That's probably good - I'm quite small and could get lost in a snow drift ..... brrrrr.

Detroit is the farthest I've ever gone from home - so far.  So it was really exiting.  Everything as so big (to a bear). Their cars were huge and their roads were enormous.

As you can see from the pictures, I went to the Henry Ford Museum.  It was really awesome.  We went around and looked at all the old cars that Ford used to make.  We saw Ronald Reagan's limousine and JF Kennedy's limousine and Rosa Park's bus and the first ever Model T and an aeroplane and a train and a round house made from aircraft materials.  (I thought that was funny.  It is hard to hide in the corner of a round house).  There were so many really cool cars there that I've only ever seen in old films.

Whilst we were in there it stated to snow.  That looked really nice.    It is a shame we were only there for three days. I'd better sign off now and  jump into the suitase ready for my next adventure.


This update was posted by Vx over 11 years ago.