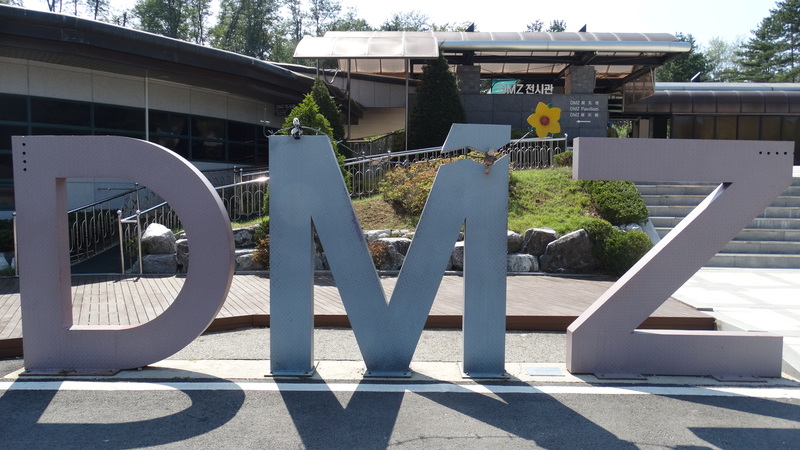 Today we went to one of the most dangerous places on earth - the demilitarized zone between North and South Korea! Along the whole border of North and South Korea there is a 4 km wide stretch of land which belongs to neither country, It is guarded on each side by huge fences and each counties armies. It is there to seperate the two countries - who have been at war for over 60 years!

It was very strange going there - like nothing else we have experienced in our short lives! The two countries are enemies but there is hope that eventually the two countries can join back together!

We saw a train station which was completely deserted as trains are not allowed into North Korea! We even got the chance to step foot into Noth Korea - where you are normally never allowed to go! It was one of the strangest and best experiences we have ever had!


This update was posted by Stephanie Millward almost 5 years ago.