Cruise along the River Han in Seoul 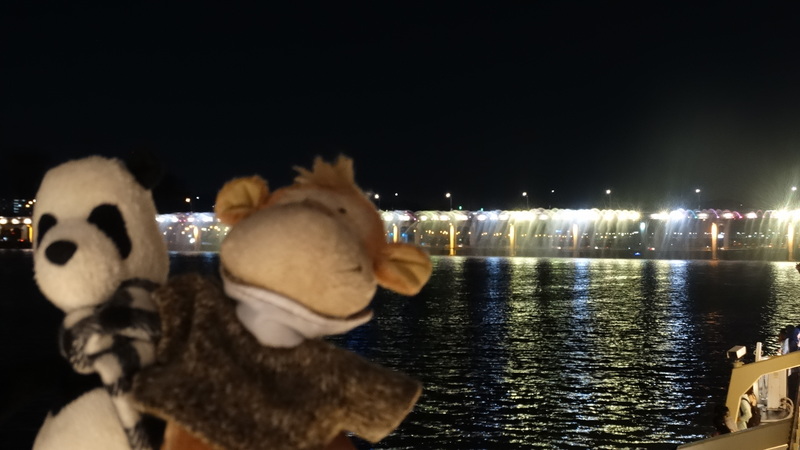 We have decided that we need to put on a couple of photos of Seoul - as it's so huge! It's so big as it's the capital of Korea and has a population of ???? Let's see if you can find out and let me know!

We have done lots of things in Seoul already and we have only been here two daysl. But one of our favourites was a night time cruise along the River Han. The river runs straight through the middle of Seoul and it is huge! At the end of the cruise we saw a water fountain display. The water came shooting out from both sides of the bridge in amazing patterns and shapes. They then shone different coloured lights through the water - it looked amazing!

We have done lots of other cool stuff in Seoul as well - like going to the Ancient Palace of the King and going to Korea war museum, which was sad - but still very interesting.


This update was posted by Stephanie Millward almost 5 years ago.