Tombs of the Ancient Kings 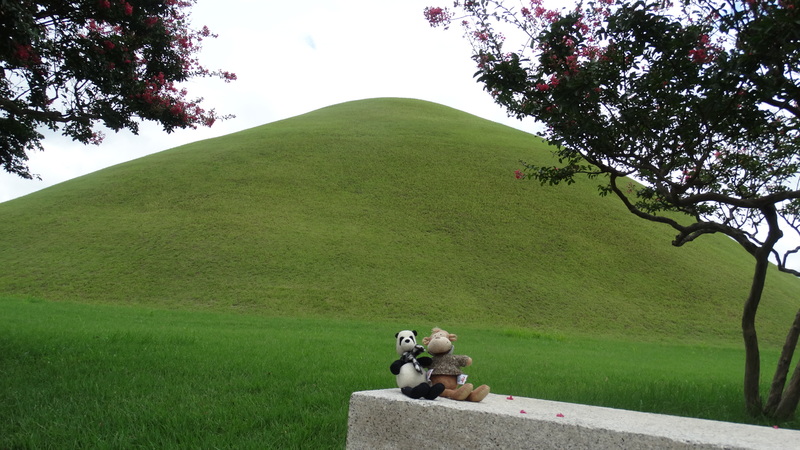 We visited the ancient city of Gyeongju - it is called the 'museum without walls', it's called this because the whole place is full of artefacts, tombs and monuments. It's really cool - you can learn so much from just walking around.

Rather then walk though - we rode bikes! Or rather we chilled out on the back whilst Mr S and Miss M rode us about, a bit like the ancient kings would have been transported! Speaking of ancient kings - have a look at the photo - can you guess what it is?

That's right - it's a burial mound! The ancient kings were buried with some key possessions under this circular mound, it's very similar to the Egyptian pyramids - though much later, these Kings ruled Korea during the Silla Kingdom (from around 57 b.c. to AD 935). During the Silla Kingdom, Gyeongju was the capital - not Seoul like it is today! Wow - there is loads to learn here!

We also went hiking up Mount Namsan - it is a huge mountain overlooking the city - it is filled with old buddist statues and carvings. You can look for them during your hike - I pretended to be an archeologist like Indiana Jones! It was so cool.


This update was posted by Stephanie Millward over 4 years ago.