An Ancient wonder of the world - Terra Cotta Army 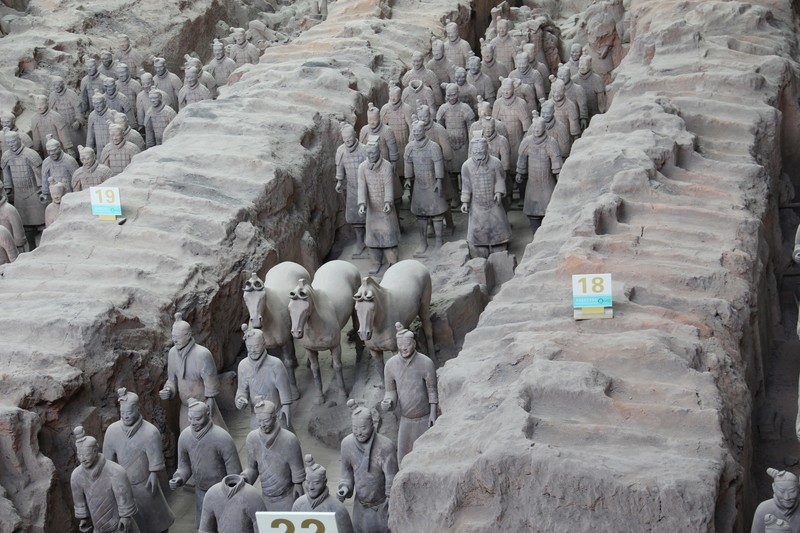 Terracotta Army - It was just so amazing, I just can't believe that I was close to one of the world's ancient wonders. As you may know it is also known as "Terracotta Warriors and Horses". They are a collection of terracotta sculptures depicting the armies of Qin Shi Huang, the first Emperor of China after its unification. It is actually a form of funerary art buried with the emperor in over 2000 years ago. Yes 2000 years ago! Qin's purpose was to help guarding his empire in his afterlife.

The figures vary in height, according to their roles, with the tallest being the generals. The figures include warriors, chariots and horses. They were discovered in 1974 by some local farmers (from family: Yang) in Lintong District in Xi'an, who were digging a water well.

And guess what? I met one of the farmers who discovered it! I was so happy and surprised as I did not expect to see him. So of course I asked for a photograph and his signature. How amazing is that? I bought a book about the Terracotta Army with famer Yang's autograph as a present for Holy Cross, hope all of you can read it.