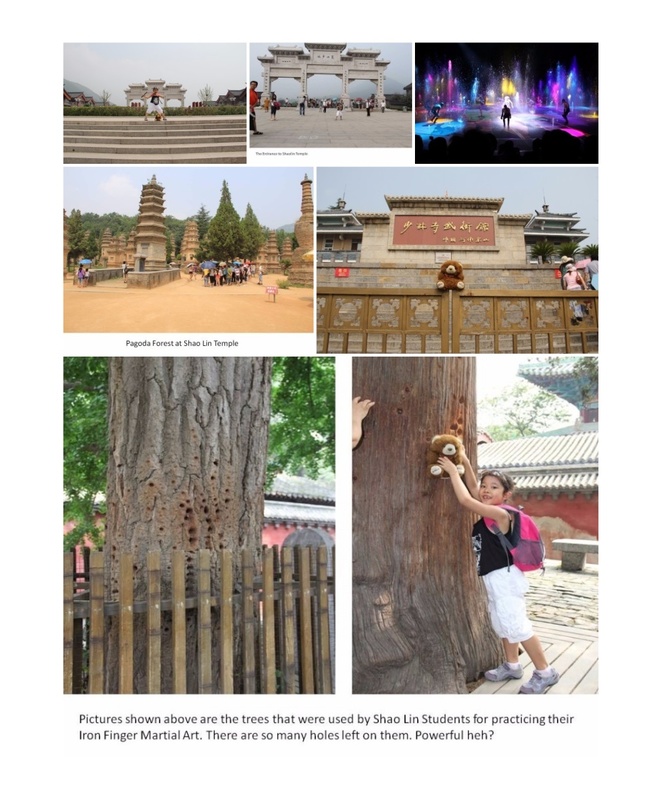 I heard a lot about Shaolin martial art before but never seen it in my life.

This time I could see it right so close before my eyes. Every move was so fast and powerful. I couldn't believe my eyes when I saw a Shaolin student threw a tiny needle through a piece of thick glass, and popped a balloon behind the glass without shattering it (only creating a tiny hole)!! They call this martial art: Iron Finger. They can even make holes on a tree with their bare fingers!! For my own safety, I would not upset any Shaolin student - just joking.

The Pagoda Forest you see here it is at Shaolin Temple. It refers to the 228 stone or brick pagodas built from 791 AD during the Tang Dynasty through the Song Dynasty, Yuan Dynasty, Ming Dynasty, and Qing Dynasty. The levels, or storeys, on the pagodas must be odd numbers (from 1 to 7) and are based on the achievements of the Buddhist masters they were built for. The era the pagodas were built in affects the shape (round or square) and the number of sides (4 or 6). The pagoda forest in Shaolin stands at the foot of Shaoshi Mountain and is one of the largest pagoda forests in China. It was named a national scenic spot in 1996.